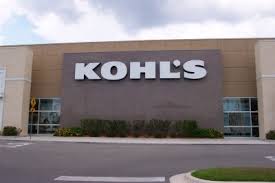 The Ninth Circuit Court of Appeals has reinstated a false-advertising lawsuit brought against Kohl’s Corp. in California.

The action again allows a Los Angeles area man and his lawyers to pursue a potential class-action claim that Kohl’s falsely portrayed merchandise as being sold at large discounts to the original prices.

In the ongoing case in California, Antonio S. Hinojos, of West Covina, claims that those types of purported savings led him to buy more than $500 worth of luggage, shirts and shorts at a Kohl’s Department Store in suburban Los Angeles in May 2010. In fact, Hinojos alleged, the prices of the items had not been reduced as much as Kohl’s had advertised.

Appellate Judge Stephen Reinhardt found that retailers have incentive to lie that products previously have sold for much higher “original” prices. “Because such practices are misleading – and effective – the California legislature has prohibited them,” Reinhardt wrote.

Reinhardt said misinformation about a product’s “normal” price is significant in the same way a false product label would be, and that a deceived bargain hunter does suffer economic injury.

The case now will go back to a federal district court, where lawyers for Hinojos will ask that it be made a class action, which would open the door to claims by other Kohl’s customers.