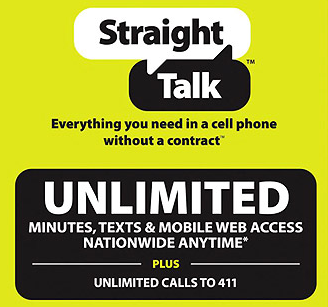 Consumers who purchased service plans with “Unlimited” data from TracFone brands Straight Talk, Net10, Simple Mobile, and Telcel America may be eligible to receive payments under the $40 million settlement.

The class action settlement was reached in coordination with a Consent Order filed by the Federal Trade Commission in an FTC action which followed the class action complaint.

The settlement will offer compensation for customers who had the speed of their data service significantly reduced or suspended, and will also improve future disclosures and notifications of data limits and throttling practices.

Consumers that purchased Straight Talk, Net10, Telcel America, or Simple Mobile wireless service plans with “Unlimited” data during the period of July 24, 2009 through December 31, 2014, and who, at any time during this period, had the speed of their data throttled, suspended, or terminated at TracFone’s request will either receive a direct payment, or are eligible to participate in the settlement’s claim process. Customers who can be identified may receive a payment without having to make a claim, but all eligible customers are strongly encouraged to make a claim to best ensure participation in the settlement.

The settlement permanently enjoins TracFone from making any advertisement or other representation about amount of data its cell phone plans offer without disclosing clearly and conspicuously, and in close proximity to the representation, all material restrictions on the amount and speed of the data plan. Further, TracFone and its brands may not state in their advertisements and marketing materials that any plan provides “Unlimited” data unless there is also clear, prominent, and adjoining disclosure of any applicable throttling caps or limits, the lower speeds to which consumers will be throttled or slowed, and any other terms regarding data usage suspension or services terminated.

The class action settlement is subject to review for fairness by the Court. No payments to class members will be made under the settlement unless and until the Court approves the settlement. As noted above, eligible TracFone customers may submit their claims now for possible compensation at www.PrePaidPhoneRefund.com.

Plaintiffs are represented by: